Game Of Thrones Prequel: New Series House Of The Dragon

New Series House Of The Dragon

Intrigue, violence, sex, white walkers and dragons. That's what the successful fantasy series "Game Of Thrones" was all about. It's been three years since the last episode aired. After eight eventful seasons and 73 episodes in which you never knew which popular or not-so-popular character would die next, the series finale caused mixed reactions among "GoT" fans in May 2019 and long after. 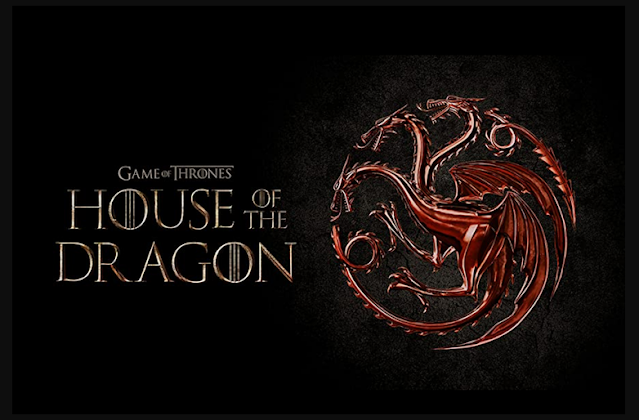 Two things in particular were remembered: Bran Stark (IsaacHempstead-Wright) ascended the Iron Throne. Jon Snow (Kit Harington) killed his mad lover - and aunt! - Daenerys Targaryen (Emilia Clarke), who had long been the heroine of the series. Eventually, Jon Snow, who had been given the throne by many fans, rejoined the Night's Watch.

The visually stunning yet somehow over-the-top showdown at King's Landing disappointed many viewers. All the better that "House Of The Dragon" as a prequel that plays 172 years before Daenerys' birth can start completely unbiased. The streaming series can be seen on Sky and Wow from this Monday (August 22nd).

The series focuses on House Targaryen, the straw-blond ancestors of Daenerys, who own several fire-breathing dragons and therefore rule. Paddy Considine plays the good-natured King Viserys, while The Crown star Matt Smith plays his brother Prince Daemon, who would actually be heir to the throne given Viserys has no male offspring. The fact that Viserys decides to declare his daughter, the dragon-riding Princess Rhaenyra (Emma D'Arcy), heir to the throne, makes Daemon correspondingly bitter. But that is only the beginning.

Other stars of the series are the equally charismatic and versatile Rhys Ifans ("Notting Hill") as Ser Otto Hightower, the hand of the king, Olive Cooke ("Ready Player One") as his daughter Lady Alicent and Steve Toussaint as Lord Corlys Velaryo. As with "Game Of Thrones", there are a large number of characters whose intentions are sometimes more, sometimes less transparent. The viewers can certainly look forward to many intrigues and power games.

The fact that "House Of The Dragon" does not make any compromises in terms of sex and violence compared to the previous series is already clear in the first few episodes. There is a lot of nudity, for example when Daemon - the name is probably the program - ponders his situation in a brothel. Later, a night-time punishment action for alleged criminals becomes extremely brutal. "There is some sex. And there's violence because it's a violent world," said actor Toussaint. "We tried not to show it for no reason."

House Of The Dragon is based on the book Fire and Blood: The Rise and Fall of House Targaryen of Westeros by author and Game Of Thrones creator George RR Martin. Martin worked with showrunner Ryan J. Condal to create the new series on familiar territory. In addition to the lavish backdrop, the atmospheric music is pleasantly familiar. The German film composer Ramin Djawadi, who wrote the ingenious theme song for "Game Of Thrones", is also responsible for the gripping soundtrack of the prequel.

"House Of The Dragon" does not have such an exciting beginning as "Game Of Thrones" once did, when the audience made acquaintance with a creepy, zombie-like white walker in the very first episode. But the return to the world of Game Of Thrones feels good and the first episodes are promising. It doesn't take long for Westeros to simmer again, where there was already a gloomy foreboding: "Winter is coming!"

This article has been published in an article on one of the websites from the following url : https://www.infosat.de/digital-tv/game-thrones-vorgeschichte-neue-serie-house-dragon