Watch "House of the Dragon" now in the stream – when will episode 2 of the new "Game of Thrones" series come out? 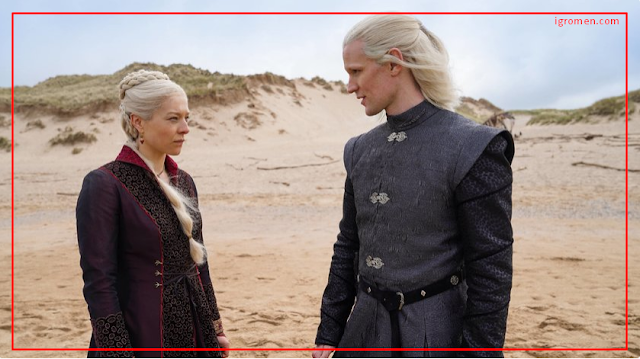 Finally there is more from George RR Martin's fantasy world. You can read here where you can stream “House of the Dragon”, how many episodes the new “Game of Thrones” series has and when episode 2 will start.

The finale of the fantasy epic Game of Thrones left fans with mixed feelings. Before George RR Martin publishes the next "Ice and Fire" novel , the prequel series "House of the Dragon" could calm the waves. At least the first episode is impressive and made our editorial team happy, as you can read in our "House of the Dragon" review.  Anyone who is just as excited about the second episode as we are will get answers in the following paragraph.

House of the Dragon streaming: when is episode 2 coming?

The new episodes "House of the Dragon" can be seen weekly and parallel to the US broadcast by HBO in Germany on Sky and WOW . After the exciting start, the second episode will continue on August 29, 2022 . Night owls see the new episode directly at 3:00 a.m. on Sky Atlantic, from around 4:15 a.m. it can also be accessed in the stream via Sky Q and WOW. At prime time on Monday evening at 8:15 p.m., it will then be broadcast on Sky Atlantic and Sky Showcase.

"House of the Dragon": These are the filming locations of the "Game of Thrones" spin-off

„House of the Dragon“: Sendetermine

The first season of "House of the Dragon" consists of 10 episodes. Make a note of these dates if you want to be up to date:

The long trailer gives you a foretaste of "House of the Dragon", the numerous dragons and the central power struggle :

"House of the Dragon": Storyline and Cast

The prequel series follows the prequel Fire and Blood: The Rise and Fall of House Targaryen of Westeros , which was released in 2018. Accordingly, "House of the Dragon" starts about 200 years before the events of "Game of Thrones" and shows us the heyday of the Targaryens, who made their rivals subservient with the help of the dragons. But even then not only the empire, but above all the own royal family was permeated by political intrigues and power struggles, which shook the Targaryen throne. As the trailer reveals, the main focus will be on the conflict between the heirs to the throne, Rhaenyra and Daemon - including great bloodshed.

Anyone who had hoped to see well-known "Game of Thrones" faces again has already been disappointed in the chronological classification of the plot. Nonetheless, the HBO production boasts an exciting cast list. Some of the actors are certainly already known to British film and series fans in particular. Starring Paddy Considine ("The Bourne Ultimatum"), Matt Smith ("The Crown") and Emma D'Arcy as King Viserys Targaryen and his brother Daemon and daughter Rhaenyra - the latter is the king's firstborn and has opposed the prevailing rules good chances of inheriting her father's throne as a dragon rider. Rhys Ifans ("The King's Man: The Beginning") plays Otto Hightower, the Hand of the King, and Olivia Cooke, his daughter Alicent, the most beautiful woman in the kingdoms. Also starring are Steve Toussaint and Eve Best as Corlys and Rhaenys Velaryon, and Outlander's Graham McTavish as Harrold Westerling. If you can hardly keep track of the numerous characters and actors, you can use our overview:

did you like this article? Discuss with us about current cinema releases, your favorite series and films that you are longingly waiting for - on Instagram and Facebook . You can also follow us on Flipboard and Google News.