The highlights of the electronics fair in Berlin 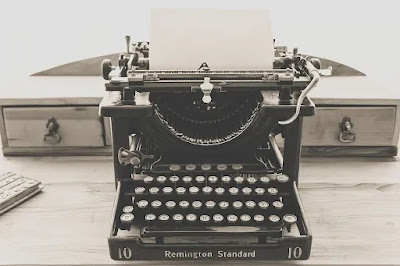 For the first time since 2019, the IFA will take place at Messe Berlin in the usual format. Hundreds of exhibitors will present their latest innovations to the world public on more than 100,000 square meters until Tuesday (September 6th). From huge televisions to new types of laptops to razors you can use to brush your teeth - these are the highlights of IFA 2022.

Although some well-known manufacturers such as Panasonic and Sony do not have a TV stand at the IFA, the competition with LG and Samsung are presenting real highlights . This includes the LG 97G2, the largest OLED television to date: It measures a screen diagonal of 97 inches (247 centimeters), has a resolution of 8K and is the world's largest OLED TV that end users can buy as standard. The start of sales in Germany has not yet been officially confirmed, but LG is expected to put it on the market by the end of the year. However, the mega TV is not a bargain, a price of up to 25,000 euros is currently being discussed.

LG is also showing the world's first variably flexible television at the IFA with the OLED Flex (LX3). It measures 42 inches (107 centimeters screen diagonal) and is aimed at users who play games or want to use their TV as a monitor. 20 degrees of curvature are available for the 120 Hertz devices, which can be regulated using a button on the remote control.

The optics specialist Leica from Wetzlar also makes people sit up and take notice. At the IFA, the Hessians are presenting the Cine 1, a television with laser technology that was created in cooperation with the Chinese electronics group Hisense. The 4K UHD laser TV is planned in 80 (203 centimeters) or 100 inches (254 centimeters) and should cost 6,900 or 8,000 euros respectively and be available in stores in the course of the second quarter of 2023.

Also in 2023, a very special television for the shirt pocket should be available in Europe. With the Glasses T1, Lenovo presents glasses at the IFA that are visually reminiscent of a mixture of sunglasses and Microsoft's Hololense. Two micro-OLED displays are hidden behind the tinted lenses, which have a resolution of 1,920 x 1,080 pixels per display and project a large screen in front of the wearer's eyes. To do this, the glasses must be connected to a smartphone, laptop or tablet via USB-C cable, which also supplies the power at the same time - they do not have their own battery. The Chinese company has not yet revealed what the Lenovo glasses will cost in Berlin .

Two foldable notebooks also attract a lot of attention at the IFA: At first glance, the Asus Zenbook 17 Fold OLED and Lenovo's ThinkPad X1 Fold are normal notebooks with a 12.5-inch and 12-inch display, respectively. However, these can be unfolded and then bring it to 17.3 inches or 16.3 inches. The devices are equipped with twelfth generation Intel processors, a 1 terabyte SSD hard drive and DDR5 RAM. The devices weigh a little less than two kilograms and due to their prices are probably only of interest to early adopters at first, because Lenovo is asking for a price of 2,999 euros for its foldable ThinkPad and Asus for 3,699 euros.

Focus on efficiency in household appliances

One of the most important trends at IFA 2022 is sustainability. In the case of household appliances such as washing machines or dishwashers in particular, the focus is on longevity and the conservation of resources. With the "Bespoke AI", Samsung is introducing a washing machine that is said to consume up to 70 percent less energy than conventional models. According to the Koreans, the savings are achieved through the use of artificial intelligence, which regulates the formation of bubbles in the detergent so that it is absorbed more efficiently by the textiles and adjusts the use of water according to the degree of soiling.

Meanwhile, Electrolux is introducing an additional filter for its new AEG machines that captures up to 90 percent of the microplastic fibers in synthetic textiles, preventing them from ending up in the waste water. Many of these devices are also connected to their users online and via an app in order to provide feedback on electricity and water consumption.

All in one in the bathroom

With its "MultiShape" concept, Panasonic is venturing into a modular concept for the bathroom when it comes to body care. A wide variety of attachments can be attached to the battery-operated handle - from cutting hair and trimming the beard to brushing your teeth. This saves space and is particularly practical when travelling, because you only have to pack one device instead of several. The advantage of the system is that you only have to buy the attachments that you want and you can expand your all-rounder bit by bit.

IFA 2022 at Messe Berlin will run until Tuesday, September 6, 2022. Those interested at short notice can secure tickets via the trade fair website . The one-day ticket for trade visitors costs 52 euros, and the two-day ticket costs 75 euros.

This article has previously appeared on the website:https://www.stern.de/kultur/ifa-2022--die-highlights-der-berliner-elektronikmesse-32691864.html